On the following day, Shin Ha-Ri receives a phone call from Kang Tae-Mu. He asks her to marry him 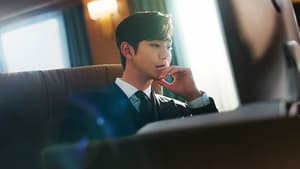