Please scroll down to choose servers and episodes 17 Views Higashigaito Yutaka is transferred to the Bangkok branch of Eastern Airlines. In three months, he will marry Michiko, a relative of the airline’s founder, and though he doesn’t love her, he knows he could be CEO one day if they wed. In Thailand, Yutaka meets Touko at a bar and is instantly drawn to her. His relationship with her only intensifies as the wedding date approaches. Eventually, he decides to break up with her and calls Michiko in front of her. Touko is disappointed, and the next day she leaves for New York. Yutaka and Michiko reunite in Thailand and proceed with their wedding. Twenty-five years later, Yutaka and Michiko are married with two sons. But Yutaka still harbors memories of Touko in his heart. Yutaka visits Bangkok on business and goes to the Oriental Hotel where he had stayed with Touko-and finds she is now in charge of VIP guests there. They realize their love for each other remains, but reality pulls them apart once again. 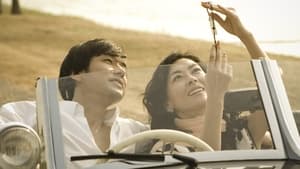